A Tap on the Shoulder

Greek and Latino Best Friends Forever Alexi and Rita’s friendship is put to the test when Alexi’s wealthy, bad boy Greek fiancé Spiro falls for Rita. ignited by their shared love to dance. Spiro’s traditional Greek Father Nick is not happy about this, and life throws them all curve balls creating challenges in love, health, friendships, and family. 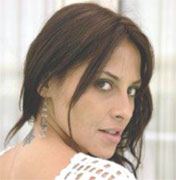 Borders of the Heart

A timely cross culture romantic adventure of Elena, a young Mexican woman who leaves Mexico with her young daughter, risking their lives to dangerously cross over the US border in search of her husband who abandoned them, and is living the good life in America. It is what transpires on her journey that changes Elena’s life, and despite the challenge, she makes it to Chicago to confront her husband.

A truly wonderful family- adventure about a young boy and his dog, based on Clark Greene’s memoir Dog is God Spelled Backwards: Backwards: http://www.dogisgodspelledbackwards.com

Three and a half year old Clark was ecstatic when his parents bought the family an Airedale puppy, and he and his faithful, new best friend bonded immediately. Sharing adventures while growing up in Michigan until the sad day that Patch got older and passed on.

· Perfect for a film or series, 3D sequences, live action, and, or animation, and we own the trademark Dog is God Spelled Backwards for merchandising.

Head strong and beautiful Prudence McCarthy, the first woman ever to be elected District Attorney in Boston, bites off more than she can chew when she decides to leave Boston and head to Palm Beach Florida to attack the Colombian drug lords and their billion dollar cartels head on.

Meeting and befriending Ben Shelby living in the same building, he’s ex New York City cop and detective who won the Lottery for ten million, enabling him to leave the world of New York City crime, and head to Florida to enjoy life.

This dramatic story keeps you guessing with cleaver twists and turns until its ever so shocking surprise Hitchcock-type ending.

Chicago 1929, Natascha Vardi-Templeton, (aka Nat), was born into a circus family in 1899 and trained at a young age in the exciting discipline of the circus.

Orphaned at 14, her nanny, African American Ya Ya Washington, ‘ adopted her ‘ and continued her circus training alone.

In the circus Nat struck up a friendship with Ming, a young Chinese immigrant, and they developed acts that they performed each summer in Chicago.

In order to make money, they also have other jobs, Ming most often working at the slaughterhouses.

In the summer of 1929, Nat, Ming and YaYa took in an adolescent, ill- treated boy, into the Gypsy trailers on Vernon Avenue.

In the howling of the first third of a century, it is both terrible and prodigious.

This moving story is about the relationship of friends, and their passions for life in a simple world.